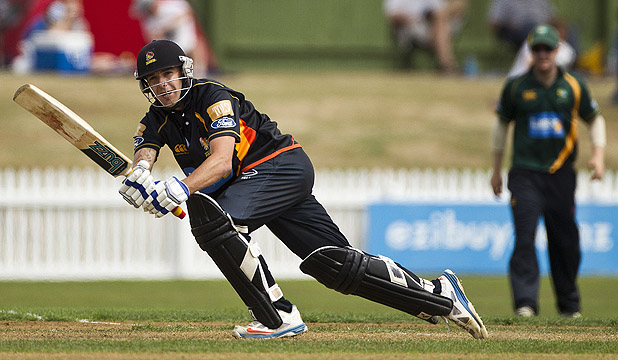 Christchurch: Wicketkeeper Tom Blundell is the sole newcomer in the 14-man New Zealand squad announced Saturday for the three-match Chappell-Hadlee series against Australia which starts next week.

However his inclusion in the playing XI was not guaranteed with New Zealand weighing up the option of using regular opener Tom Latham as the gloveman.

Blundell’s only previous international experience was when he was rushed into the New Zealand side for the final Twenty20 match against Bangladesh two weeks ago when regular wicketkeeper Luke Ronchi was injured.

“Having Tom Latham as an option gives the squad flexibility and allows us the chance to play an extra bowling option. He’s done it before for us,” selector Gavin Larsen said.

Ross Taylor returns to the side after missing the limited over series against Bangladesh following eye surgery.

The Chappell-Hadlee Trophy ODIs are in Auckland on January 30, Napier on February 2 and Hamilton on February 5.

Langer in no rush to lead Aussies full-time

Pakistan pile on the agony for England in first Test