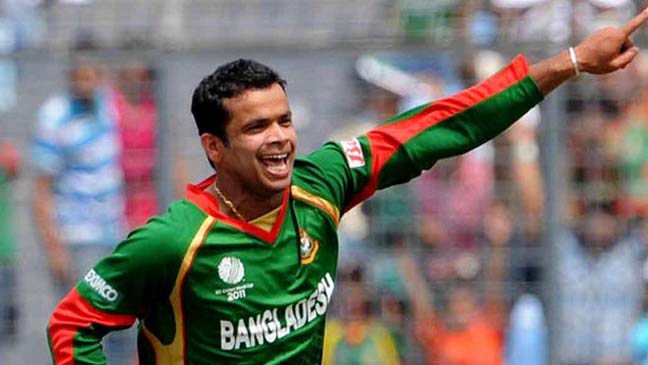 Shakib was ruled out of the Test starting Wednesday in Chittagong after injuring a little finger during the tri-series final against the islanders last weekend.

The 35-year-old Razzak, who bowls left-arm spin, was recalled to the side four years after he played his last Test against the West Indies in 2014.

“It is not easy to find a replacement for Shakib. We need someone experienced to replace him. Sunzamul has yet to play any Test, so we recalled Razzak,” said chief selector Minhajul Abedin.

“Now we will see his fitness in training before we finally include him in the playing team,” he said.

Razzak, one of three Bangladeshis to take more than 200 wickets in one-day internationals, played only 12 Tests after making his debut in 2006. He picked up 23 wickets.

He showed his form with the red ball in the ongoing domestic first–class competition, Bangladesh Cricket League, where he took 20 wickets in three matches.

During the tournament he grabbed the spotlight by becoming the first Bangladeshi player to take 500 wickets in first-class cricket.

The second Test is in Dhaka, starting on February 8.