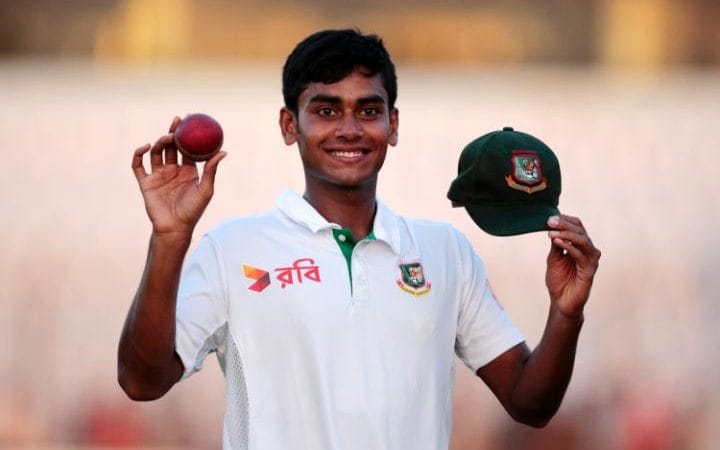 Dhaka: Bangladesh on Tuesday included three newcomers to the one-day international team in their squad for the first ODI against New Zealand on December 26.

Leg-spinning all-rounder Tanveer Haider joined paceman Subashis Roy and off-spinner Mehedi Hasan in the 15-man squad for the game in Christchurch, the first of three.

Mehedi and Subashis have played Tests for Bangladesh but have yet to make their debut in ODIs.

Mehedi starred for Bangladesh in the Test series against England in October when he picked up 19 wickets in two matches, including 12 wickets in the second Test in Dhaka which Bangladesh won by 108 runs.

It was Bangladesh’s first Test win against a full-strength major opponent and their eighth overall in the game’s longest form.

“We have kept the backbone of a settled squad that has been very successful over the last two years,” chief selector Minhajul Abedin told reporters.

“But at the same time it is also important to get players in who we believe have plenty of potential to perform at the highest level.”

Bangladesh also included ace paceman Mustafizur Rahman, who has not played since undergoing surgery on his shoulder in August.

He will be given a chance to prove his fitness during a limited-overs warm up match against a New Zealand XI in Whangarei on Wednesday.

“If he can bowl at least seven overs we will include him in the starting line-up for the first ODI,” Abedin said.

Arthur urges Pakistan to go ‘one step further’ against England

ICC board decides that full council should consider expulsion Of USACA

Sethi reiterates final will be in Lahore despite bomb blast

Tye to replace Cummins for T20s in India