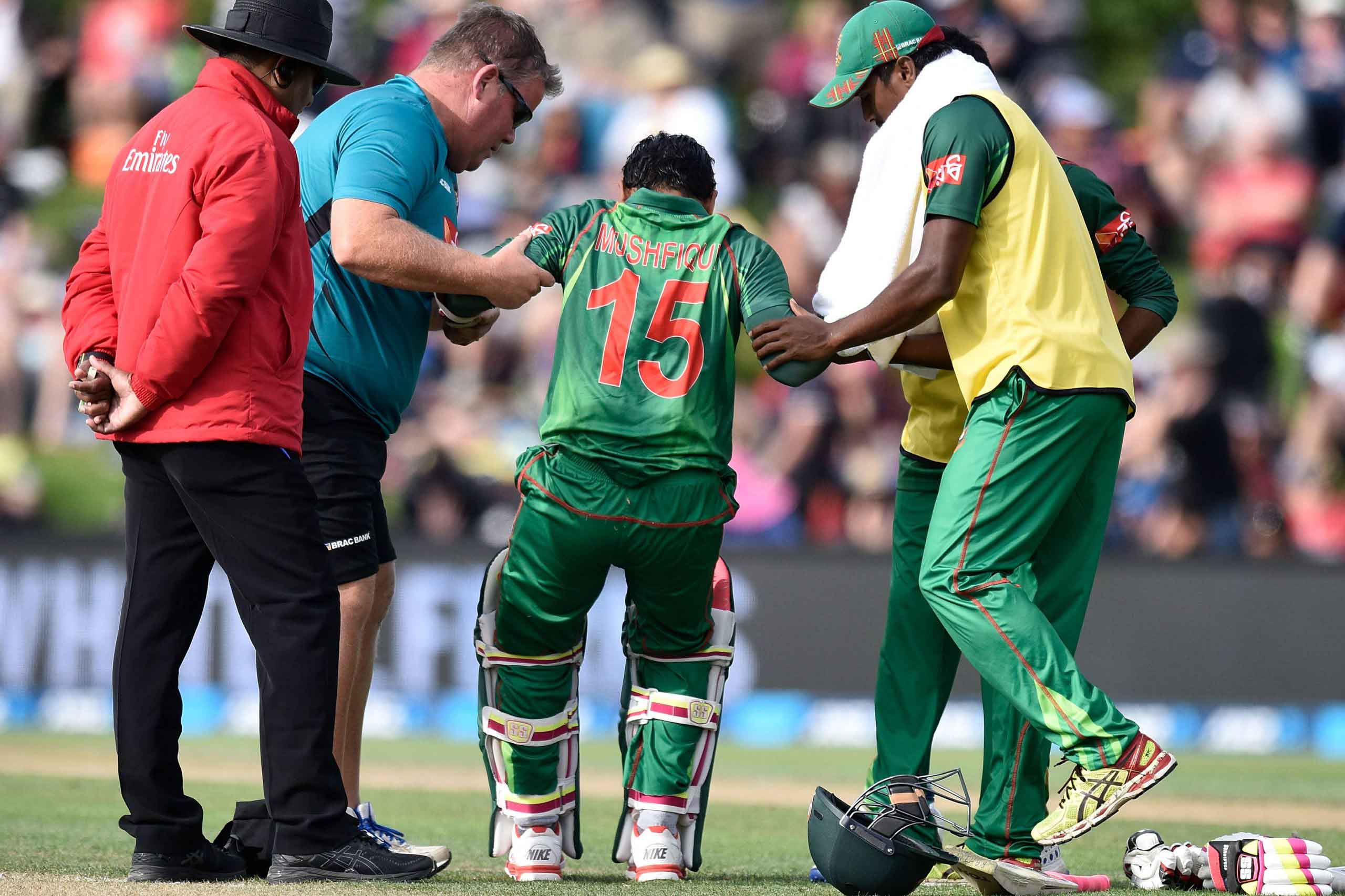 “We are looking at two weeks, anything before is a bonus,” he said on the eve of the second ODI in Nelson.

The 29-year-old Mushfiqur was one of Bangladesh’s better performers in the first ODI in Christchurch on Monday until he suffered the injury when on 42 and was forced to retire hurt.

“He’s been one of the form batters as well as the wicketkeeper for a long time, across all three formats, so it’s a blow but that’s part and parcel of the game,” Hathurusingha said.

There are two ODIs and three Twenty20 matches to be played before the first Test starts in Wellington on January 12.

Nurul Hasan will take the gloves for his ODI debut on Thursday at Saxton Field in Nelson where Bangladesh hold the record for the highest score at the ground with 322-4 against Scotland during the 2015 Cricket World Cup.

Hathurusingha said it is a statistic that gives his side hope.

“History says we have played well here. It’s a good thing and it’s not a long way back, with most of the players involved in that game, so it’s a good memory for them,” he said.

“That kind of thing helps. Even in the last game, getting 270, although we lost a couple of early wickets, has given us confidence going in to the next game.”

Most runs by an England batsman in a Test match