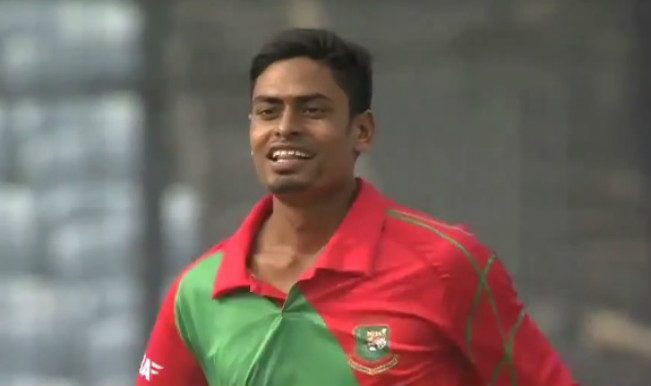 Dhaka: Bangladesh on Saturday included spinner Taijul Islam in their 15-man squad for the first Twenty20 International of a three-match series against New Zealand.

Leg-spinner Tanveer Haider and all-rounder Mehedi Hasan made way for Taijul and Shuvagata as Bangladesh seek their first victory over the hosts at Napier on January 3.

Left-arm spinner Taijul is a regular member of Bangladesh’s Test squad and played four ODIs, but he has yet to make his debut in the game’s shortest format.

“So, we thought he could be effective alongside Shakib (Al Hasan) in Twenty20 format,” said Bashar, who defended the inclusion of Shuvagata, adding he is a “utility all-rounder”.

Paceman Subashis Roy is the only other player in the squad who has not played any Twenty20 International.

The second and third Twenty20 internationals of the series will be held respectively on January 6 and 8 at Mount Maunganui.

Bangladesh will also play two Tests against the Blackcaps during the visit.

Pakistan fined for slow over rates in Test loss