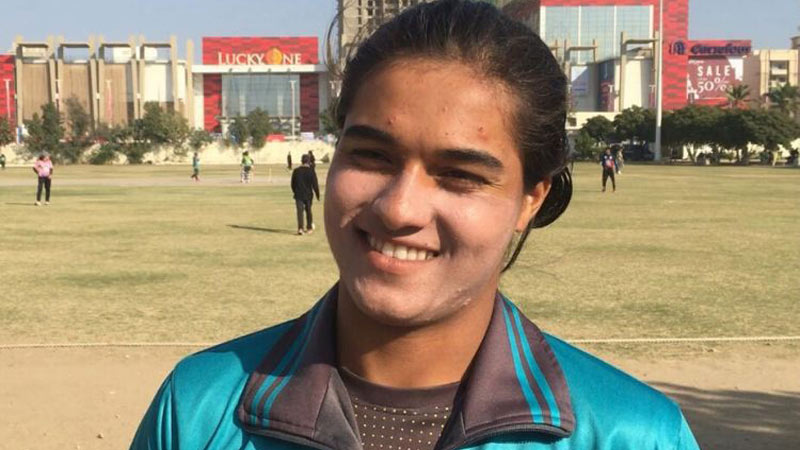 Ayesha Naseem on a journey to make a change

Karachi: Pakistan’s squad for next month’s ICC Women’s T20 World Cup includes an uncapped batter known for her ability to hit the ball hard and make the most of the Powerplay overs.

Ayesha Naseem rose to prominence in Skills2Shine U18 T20 Women Cricket Championship last November in which she scored 97 runs at an average of 48.50 in four matches and what put her on the selectors’ radar was the fact that she struck nine sixes.

She impressed in the recent National Triangular T20 Women’s Cricket Championship by scoring at a strike rate of over 206.

The 15-year-old batter belongs to Bagan, a village in Khyber Pakhtunkhwa. She was born in Karachi, where she developed interest in cricket, before moving to the village. Due to constraints, which kept her from pursuing cricket, Ayesha decided to move to Abbottabad.

“Whenever we start-off in life, we come across challenges and criticism. And, the same was true for me,” Ayesha told PCB digital. “From where I come from people don’t allow their daughters outside homes. When I had begun playing proper cricket, the people in my neighbourhood started to criticise that. They used to complain to my parents and asked them to stop me from playing. These were the challenges that I confronted, but that did not deter me. Rather, I took this as a challenge to progress further and it made me work more hard to achieve my goals.”

Despite these hurdles, Ayesha remained steadfast. She turned down the offers of moving to Lahore or Karachi and become an example for other women players.

“I had received several offers from the coaches of Lahore and Karachi to move to these cities because the societal atmosphere did not allow me practice daily. But, I wanted to play cricket while staying in Abbottabad because I wanted to change how people think. I want people to send their daughters to the playing field because there is a lot of talent in them and they can achieve a lot. All they need is their parents’ trust.”

It was Ayesha’s brother who introduced her to the game which developed into her passion. Growing up, she played cricket with boys which helped her develop a fast bat swing that now helps her to hit big sixes.

“I was born in Karachi and spent my early days in the city. My brother used to take me along when he played cricket. When I grew up, he used to play with me. I started off my proper cricketing career in 2015 when I made my debut for Abbottabad region.

“I had been playing with boys from the start because of which I had a quick bat swing. That has worked in my favour as it turned me into a hard-hitting batter.”

Ayesha is set to make her T20I debut in the mega event. Does that give her any jitters?

“There is no pressure on me. Every player wants to play World Cup for their country but there are a few lucky ones who are able to do it. I consider myself very lucky. My selection has been on the basis of my ability to play aggressive cricket and I will look to fulfil my role by making the most of the Powerplay when I make my debut.”

The national women’s team will depart for Australia on 31 January. The Bismah Maroof-led unit begin their ICC Women’s T20 World Cup 2020 journey on 26 February against the West Indies Women. The take on England Women on February 28 after which they play South Africa Women and Thailand Women on 1 and 3 March.