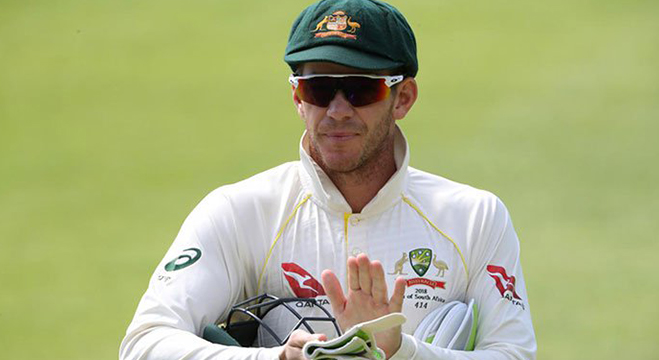 Abu Dhabi: Australian skipper Tim Paine vowed his team would do its utmost to win the second Test against Pakistan starting in Abu Dhabi from Tuesday for a first series win in Asia since 2011.

The trying conditions of the pitches and hot weather have stopped Australia from winning a series since they beat Sri Lanka 1-0 in 2011.

But Paine’s side snatched a morale-boosting draw on the fifth and final day in the first Test in Dubai, the skipper and number 10 Nathan Lyon seeing out the final 12.2 overs after being set a daunting target of 462 runs.

“We want to win every series we are involved in,” Paine said Monday. “We are focusing on what we do and if we can do well for five days then we have a really good chance of winning it.

“We are reasonably confident. After the last few days we got a little bit of relief and a little bit of mileage, so we know if we play our best cricket we have got a chance to win this Test match.

“We are coming into this Test with a bit more momentum and guys know what to expect a bit more in these conditions,” said Paine, who announced paceman Mitchell Starc will play in Abu Dhabi.

That is hint enough that Australia are likely to keep the same starting XI.

Pakistan have been forced into making two changes after opener Imam-ul-Haq fractured his finger in Dubai. He will be replaced by Fakhar Zaman for his first Test.

They also left out fast bowler Wahab Riaz, who went wicketless in the first Test, and will pick one from uncapped pacer Mir Hamza or leg-spinner Shadab Khan.

Pakistan’s only series loss in United Arab Emirates — their neutral venue since attacks on the Sri Lankan team bus in 2009 forced them to play here — was last year.

They lost to Sri Lanka 2-0, their first series loss in 10 attempts.

But Pakistan captain Sarfraz Ahmed dispelled any fear of losing.

“There is nothing like that (fear) and you would see that with the way we played the first Test. Throughout we played good cricket but unfortunately we couldn’t get across the line,” Ahmed said.

“The team morale is high, batsmen have scored runs and bowlers have also taken wickets so we are very much hopeful of performing well to win the series.”