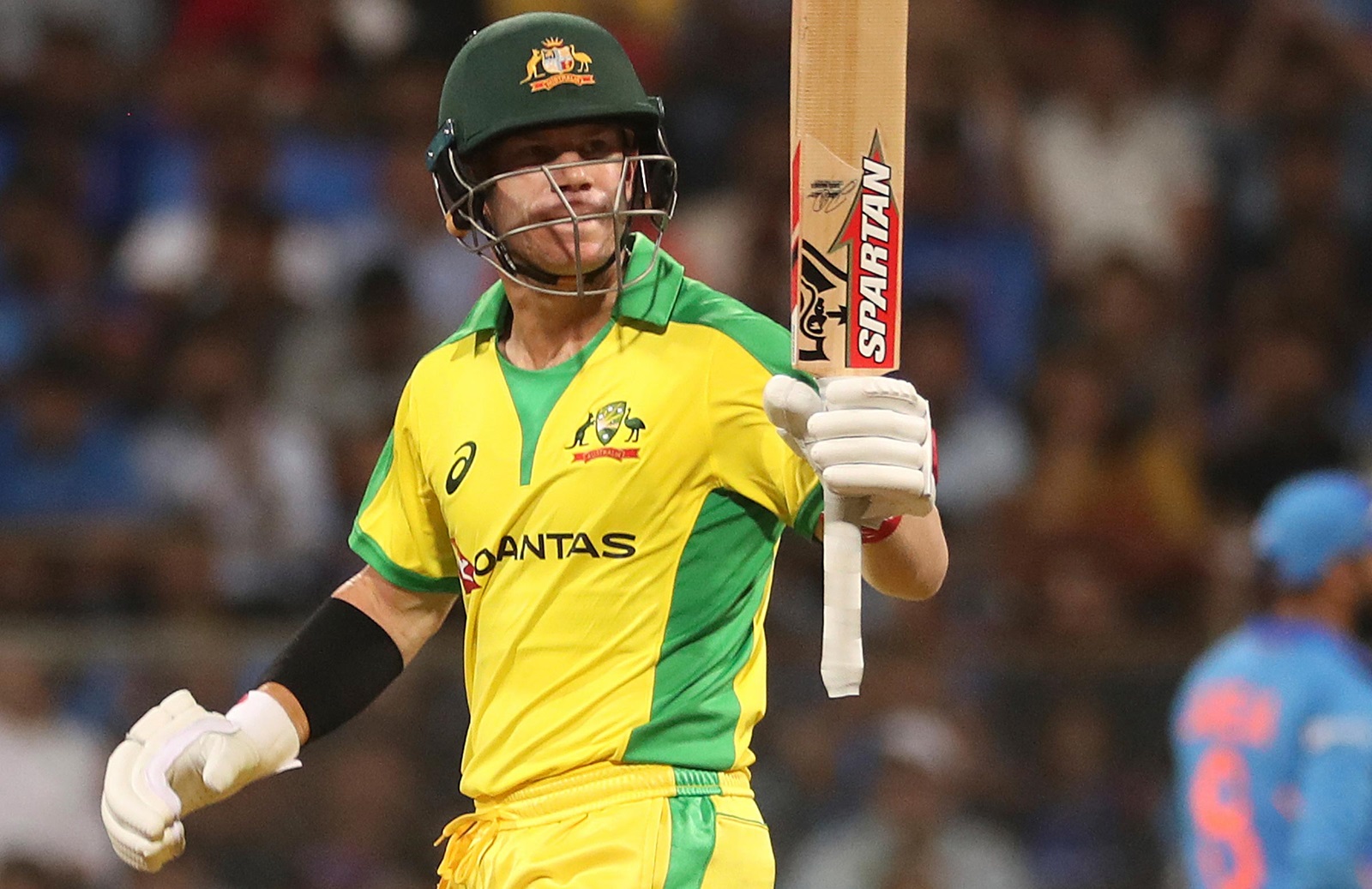 MUMBAI: Openers David Warner and Aaron Finch struck dominant centuries in a record partnership to power Australia to a crushing 10-wicket win over India in the first one-day international on Tuesday.

Warner blasted 128 while captain Finch made 110 as Australia chased down their target of 256 in just 37.4 overs in Mumbai to take a 1-0 lead in the three-match series.

Paceman Mitchell Starc also played a key part with three wickets that helped bowl out India for 255 in 49.1 overs after the tourists elected to field first in their first 50-over outing since last year´s World Cup.

But it was the left-right batting pair of Warner and Finch that put together the highest partnership of 258 for any wicket in ODIs against India.

Warner raised his 18th ODI hundred in 88 balls with a boundary off Indian quick Jasprit Bumrah as he jumped with joy and kissed his helmet to celebrate the knock.

Finch completed his hundred in 108 balls but it was Warner who remained in total control as he finished off with two of 17 boundaries. He also hit three sixes.

For India, KL Rahul, who made 47 in the Indian innings, kept wickets after regular stumper Rishabh Pant suffered a concussion following a hit on the helmet while batting.

It was the second-wicket 121-run stand between Rahul and Dhawan that put India on course for a big score but they slipped from 134-1 to 164-5 in the space of 35 deliveries.

The left-handed Dhawan smashed nine fours and one six in his 91-ball knock and was well supported by Rahul who made 47 before falling to Ashton Agar´s left-arm spin.

Pat Cummins was brought back from the other end to send Dhawan back to the pavilion after flicking the ball to cover where Agar took the catch.

Skipper Virat Kohli did not stay long, hitting Zampa for a six but was caught and bowled with the next ball for 16.

Pant and Ravindra Jadeja, who hit 25, made 49 runs with an attacking partnership. But Kane Richardson claimed Jadeja and Cummins got Pant for 28.

A short ball from Cummins hurried onto Pant who went for a pull, got a top edge onto the helmet and the ball lobbed towards point.

Number 10 batsman Kuldeep Yadav made a useful 17 to take India´s score past 250 before being run out by a direct throw from Steve Smith.

The second ODI is on Friday in Rajkot.

PCB not to issue NOCs for Ramadan cricket