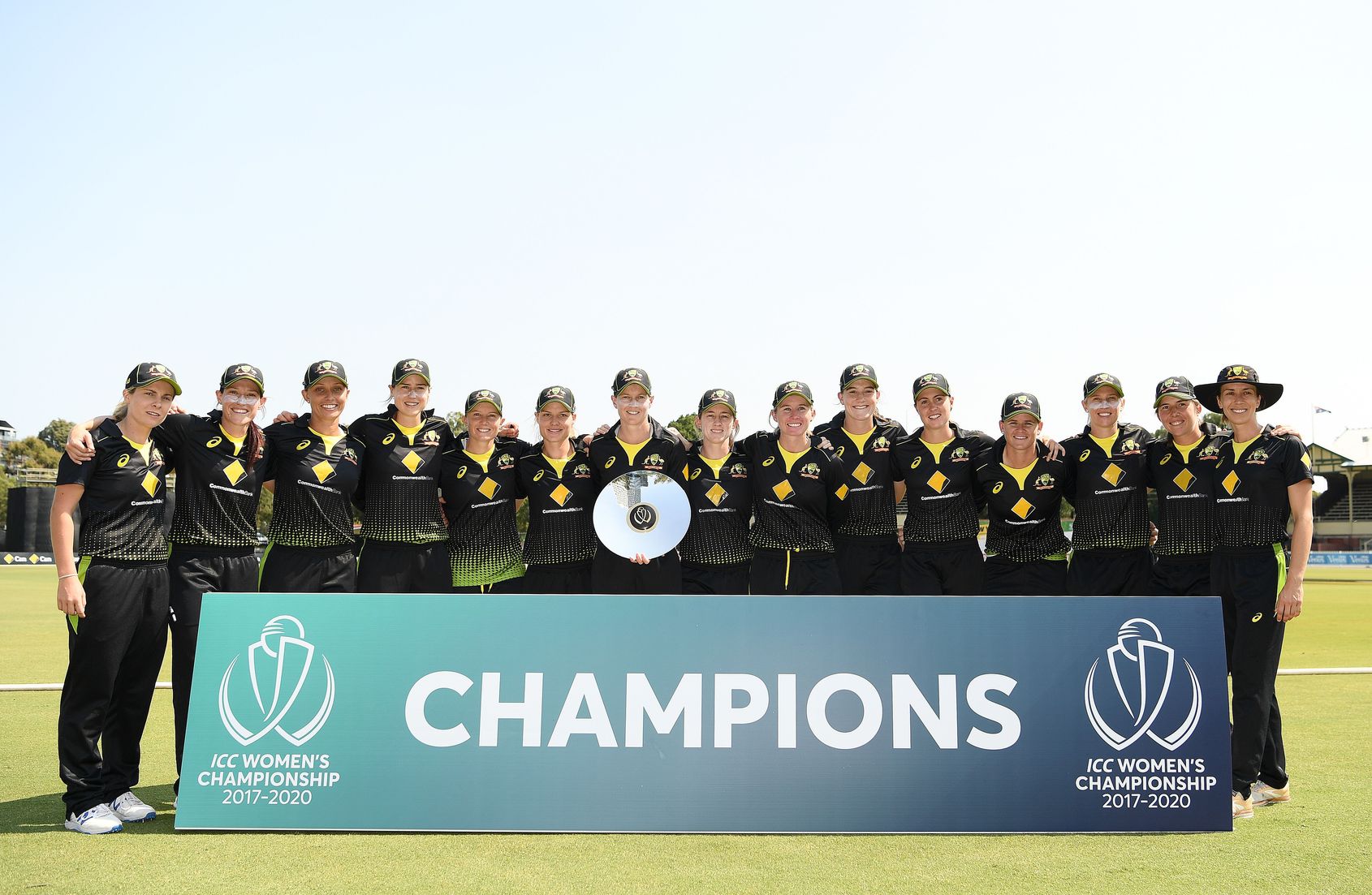 Australia were today presented with the ICC Women’s Championship trophy, which they have retained by taking a winning lead in the eight-team ODI competition played from 2017 to 2020.

Meg Lanning: “It’s pleasing to have won the ICC Women’s Championship for the second time and of course, to have secured our spot at the ICC Women’s Cricket World Cup 2021 in New Zealand next year. It’s going to be a tightly fought tournament and one we’re looking forward to.

“The Championship has been a great addition, giving more context to the ODIs we play and proving more opportunities for us to play against the other seven teams involved.

“With a T20 World Cup not far off it’s been really important playing against the likes of Pakistan and Sri Lanka who we haven’t played against a lot in the past. We’ve been able to learn more about them and the way they go about things which helps us prepare for major tournaments.”

Holly Colvin: “On behalf of the ICC, I congratulate Meg and her team for their fine performances during the championship, which can be demanding because you have to perform against all the leading sides of the world. Australia displayed remarkable consistency to win it comfortably.”

Australia are at the top of the points table with 34 points from 18 matches, and a series still to play against South Africa next month. England and South Africa are the other teams to have qualified for the World Cup with one slot still open. England have finished with 29 points from 21 matches while South Africa have 22 from 18.

History-making Afghanistan hit back after Dhawan ton in debut Test