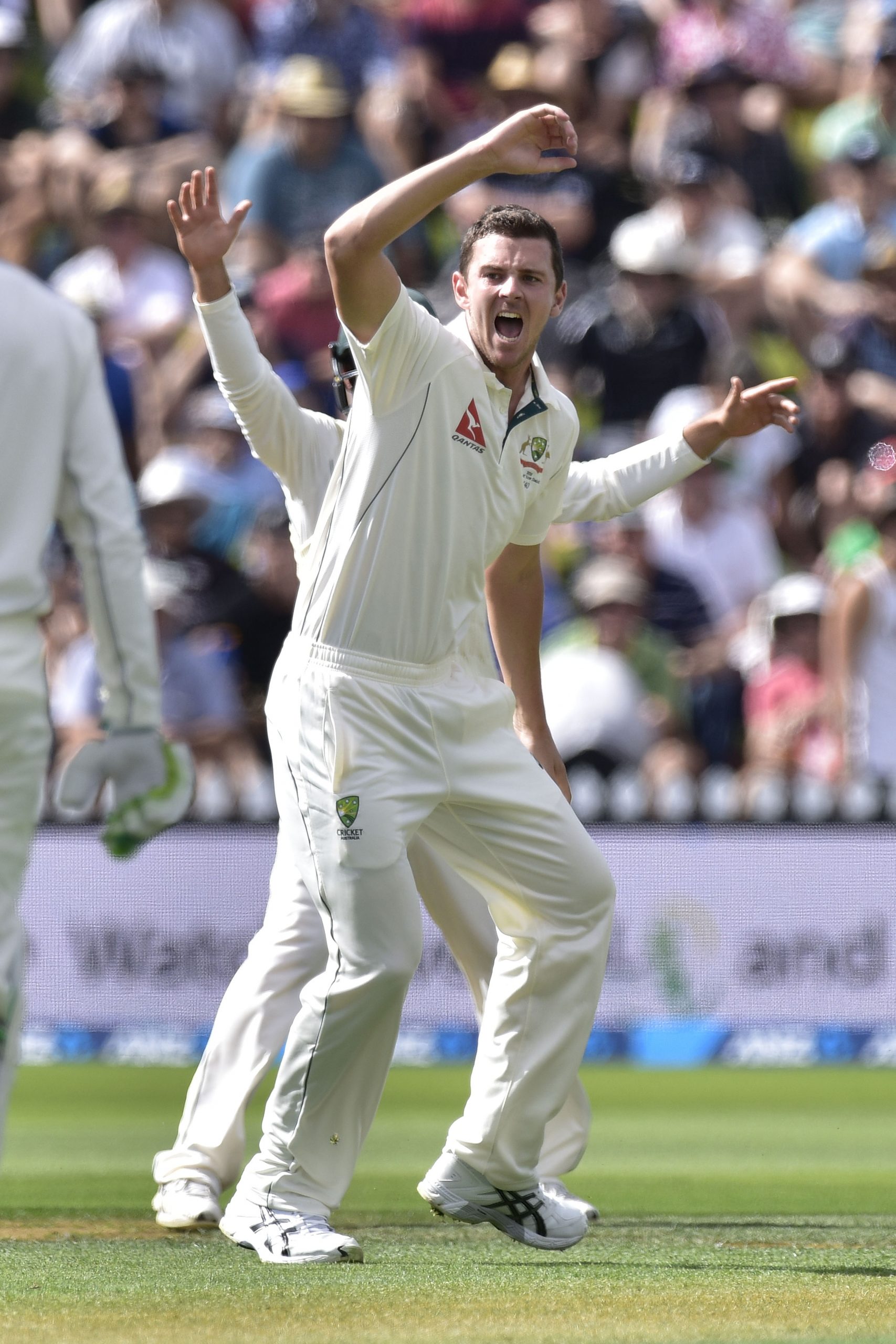 Wellington: It was supposed to be Brendon McCullum’s day but it was opposing captain Steve Smith who made the right moves as Australia ended day one of the first Test against New Zealand comfortably in control in Wellington.

Smith called correctly at the toss, made New Zealand bat on a green wicket and within two sessions the innings was over for 183.

Australia at stumps were 147-3, 36 behind New Zealand, with Smith making 71. Usman Khawaja was not out 57 with Adam Voges on seven.

Voges was bowled by Doug Bracewell in the final over of the day only for umpire Richard Illingworth to call it a no-ball. Replays indicated it was a legitimate delivery. 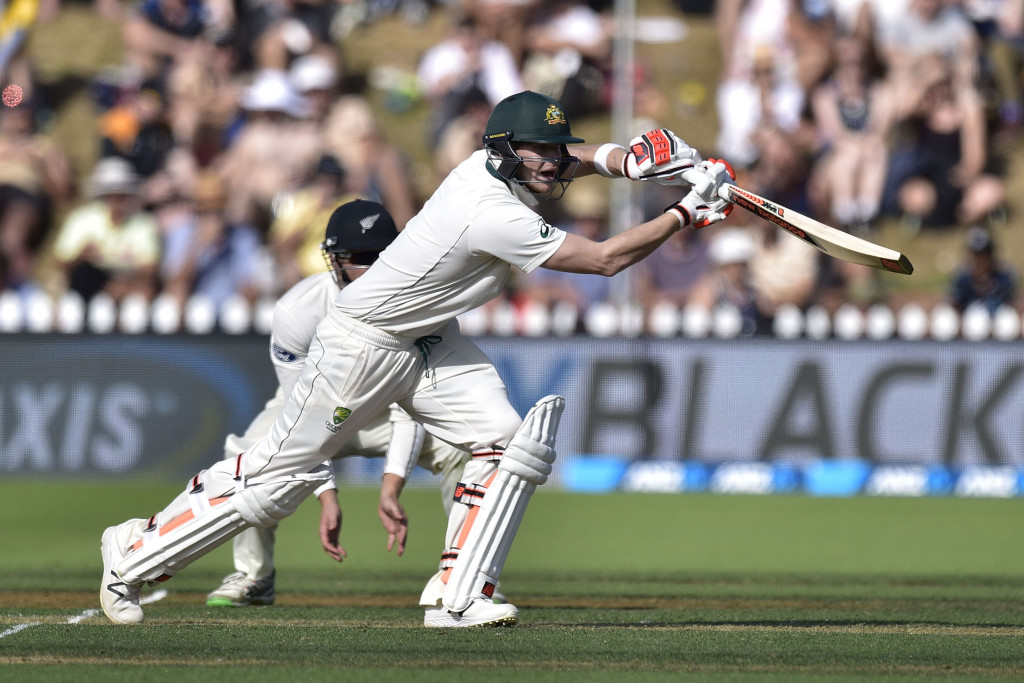 When New Zealand batted, Josh Hazlewood and Peter Siddle did the damage for Smith as they ripped through the top order in conditions ripe for seam and swing.

Their cause was helped by some injudicious shot selection, including by McCullum, who saw his 100th Test celebrations fall flat when he was out for a duck.

He did not get forward far enough to a Hazlewood special that came back, took an inside edge and deflected off the pads to David Warner at third slip.

That the New Zealand innings lasted 48 overs was thanks to lusty tail-end hitting with the last three wickets contributing 86 after Hazlewood and Siddle had reduced the side to 97-7.

All seven dismissals came from edges to the cordon behind the wicket with wicketkeeper Peter Nevill snaring four catches including a superb one-handed diving effort to remove Kane Williamson down the leg-side.

New Zealand were reeling at 51 for five in the 12th over before a determined knock by Corey Anderson, who with BJ Watling went about stopping the tumble of wickets.

Anderson then featured in a 10-over stand with Mark Craig that produced 40 runs and Craig, who had a Mitchell Marsh delivery hit his stumps but not dislodge the bails, put on 46 with Trent Boult for the 10th wicket.

Craig was unbeaten on 41 at the end with Boult out for 24.

New Zealand had a glimmer of hope that their cause was not lost at the start of the Australian innings when Tim Southee snapped up two early wickets.

Joe Burns went in the first over without scoring and David Warner followed soon after for five.

But Smith and Usman Khawaja then took control and proved the pitch was playable as they put on 126 for the third wicket.

Smith offered a chance on 18 but was dropped by Craig at second slip. Craig, however, made no mistake with the second offering from the Australian captain taking a return catch off his own bowling. AFP