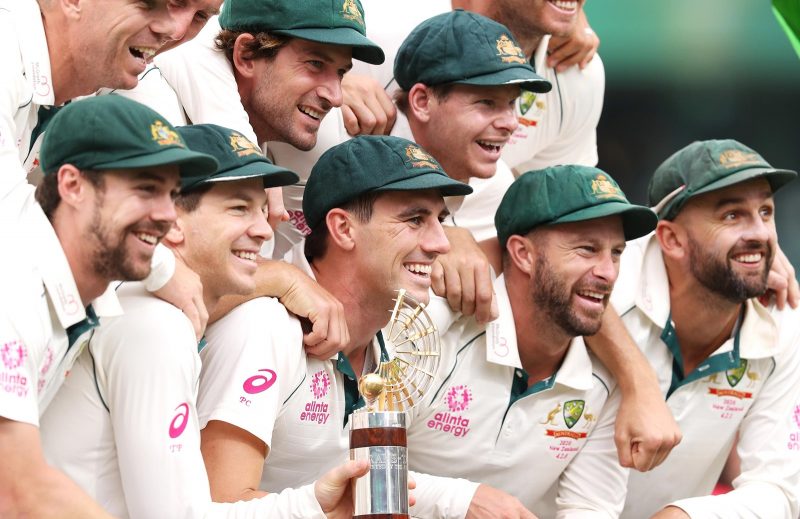 Australia have deposed India in the world Test rankings and Pakistan in the Twenty20 standings, the International Cricket Council said Friday.

Just two points separate Australia (116), New Zealand (115) and India (114), who slipped to third position in the Test standings, with cricket across all formats suspended due to the coronavirus pandemic.

India had held the number one spot since October 2016.

Virat Kohli’s side stay top of the world Test championship between the top nine Test sides, however.

In 2019 India claimed their first ever Test series win in Australia after 71 years of trying, but Australia remained unbeaten in the series that followed.

The return of Steve Smith and David Warner from ball-tampering bans also helped Australia retain the Ashes after levelling the series in England 2-2.

Australia, led by Tim Paine, then blanked Pakistan and New Zealand at home to cap off a successful season cut short by the coronavirus outbreak.

But coach Justin Langer said beating India on their own turf was their ultimate goal.

“I said in my first conference as coach we will know we are a great team if we can beat India in India,” he said in a Cricket Australia press release.

“We know they are so tough to beat so only then will we really know we can claim the number one spot.”

India are scheduled to tour Down Under later this year. Australia are not slated to play a series in India until 2022.

The annual update of the rankings eliminates results from the 2016-17 season when India won 12 and lost just one Test. The system also gives more weight to matches played since May 2019 than those of the previous two years.

South Africa suffered the biggest fall of eight points, which sees them drop below Sri Lanka to sixth place. England are fourth.

In the one-day rankings, world champions England consolidated their number one position, followed by India and New Zealand.

In the T20 chart Australia ended Pakistan’s 27-month stay at the top to reach the summit for the first time since rankings in the shortest format were introduced in 2011.

Pakistan are now in fourth position while England jumped to second and India to the third spot.

Australia are due to host the T20 World Cup in October if it is not delayed by the pandemic.

Critical matches at the PSL