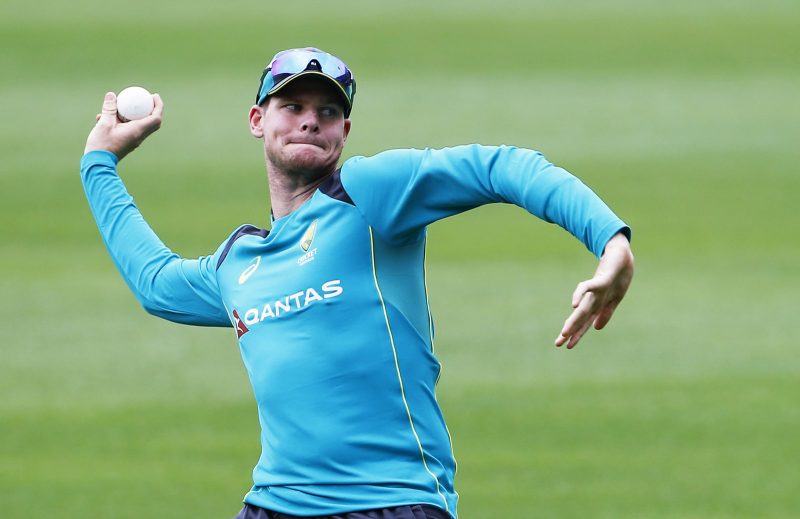 Australia’s elite players will have to be prepared to roll up the sleeves and get in the nets to throw balls if Cricket Australia’s cutbacks curtail the coaching staff of elite squads, says Steve Smith.

Smith says he’s feeling fitter and stronger than he has in years, and completely mentally refreshed as he reported for training with the NSW Blues this week, his first action since the game came to a grinding halt in March amid the COVID-19 pandemic.

With more than a hundred jobs already lost across the Australian cricket’s state associations so far, and the likelihood of more to come at CA headquarters, the national teams face the prospect of having their backroom staff curtailed.

Smith said while each member of the national team’s backroom staff had an important role to play, players would be able to adapt.

“If that’s the case (and cuts are made), it’ll be about guys being able to help each other out as well,” Smith said today.

From the Vault: Smith shows some sparkle on debut

“Particularly the senior players being able to maybe take a bit of time off your own game and help someone else out at training or something like that.

“They (backroom staff) all have a role to play, particularly as the game evolved and got more professional.

“We’ve got people in different areas of expertise to help the team prepare and get ready to play.

“Guys might have to throw to one of the other batters or help out the bowlers in some way.

“If that happens, it will take a bit of adjusting.

“We’ll see what happens. There’s still a fair while until we get out playing and plenty of decisions the hierarchy needs to make.”

The Australian men’s team backroom can consist of batting, bowling and fielding coaches, as well as staff to cover strength & conditioning, medical and physiotherapy, security, logistics, data analysis and media.

The team has also brought in a number of former players in an advisory or consultancy capacity for short-term roles, such as Ricky Ponting during last winter’s ODI World Cup, and Steve Waugh during the Ashes tour.

While no decisions have been made, CA chief executive Kevin Roberts last week confirmed “no area of the organisation will be untouched” with the governing body facing an $80m revenue hit this summer.

“We have made a commitment to significantly reduce the cost base of Cricket Australia,” Roberts told reporters last week.

“Unfortunately that means that no area of the organisation will be untouched. It’s premature to talk about the detail of those plans, that will come in the not-too-distant future.”

Smith reported for duty with the NSW Blues claiming “I’ve got myself in some pretty good shape, probably the best shape I’ve been in in years” to send an ominous warning to opponents for when the game does resume.

“I haven’t touched a bat, really, just a couple of little drills at home but that’s about it.

“I’ve just tried to switch off it for a bit, which I don’t do very often, so just focussing on getting myself fit and strong and refreshing mentally.

“When we get our chance to play again I’ll be good to go.”

Smith said he would need “only a couple of weeks to get myself ready” to play international cricket again, and was optimistic about the prospect of a limited-overs tour of England, possibly in September after England and the West Indies agreed to play a rescheduled Test series in July.

“Guys have probably missed it a bit over the last couple of months, so if we get the chance to play guys will be jumping at it,” Smith said.

The world’s top-ranked Test batsman became an unlikely ally for fast bowlers in their campaign to get assistance to shine the ball in the wake of moves to temporarily ban the use of saliva amid coronavirus fears.

“I’ve always been one for a fair contest between bat and ball. Even as a batter if that’s taken away, I don’t think that’s great,” Smith said.

“I spit on my hands (while fielding, before) most balls, that’s how I get my grip.

“But that’s for the ICC to figure out what they want to do. We’ll see where it all lands.”