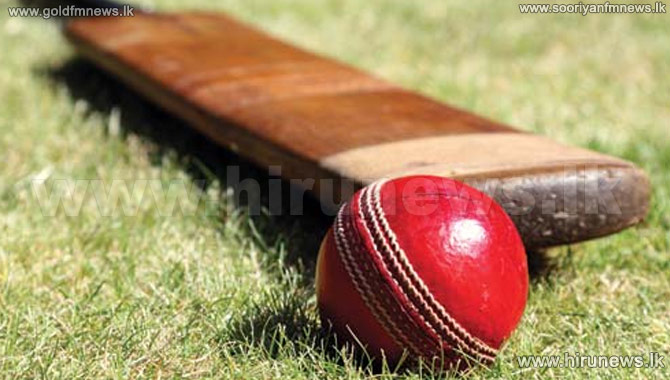 As records fall, cricket’s balance tilts in favour of the bat

Chester-le-Street: International limited overs batting records have been tumbling amid a blizzard of boundaries in recent weeks.

But while statisticians update their files an uncomfortable question remains: has the balance between bat and ball, on which all cricket depends, become worryingly lopsided in the one-day game?

Just over a week ago, New Zealand posted the highest ever total in a women’s one-day international when they made 490 for four against Ireland in Dublin — an innings featuring Amelia Kerr’s record 232 not out.

And the women’s Twenty20 international record fell twice in a day on Wednesday as New Zealand and then England piled up scores of 216 for one and 250 for three against South Africa at Taunton.

That came just 24 hours after England broke their own all-time men’s ODI record when they made a mammoth 481 for six against Australia in Nottingham.

Even though world champions Australia were without six first-choice players through injury or suspension, it was still a staggering feat.

It’s all a far cry from the opening match of the inaugural men’s World Cup in 1975 when England, in what was then a 60-over competition, made a then record 334 for four against India at Lord’s.

India’s Sunil Gavaskar thought the target so out of reach, the opening great carried his bat for 36 as his side managed 132 for three at the end of their 60 overs.

By contrast South Africa, when confronted with a then record score of 434 for four by Australia in 50 overs, the first time a team had passed 400 in an ODI, in Johannesburg in 2006, responded with 438 for nine.

But it is the latest record-breaking feat at Trent Bridge, a year out from the World Cup in England, that has sent shock waves through the world of cricket, given a total of 500 — once thought to be utterly unobtainable in a 50-over game — now appears to be in sight.

“To see almost 500 runs scored in 50 overs in England is scaring me ..about the health of the game and where it’s going,” tweeted former India captain Sourav Ganguly.

So how has it come to this?

While limits on the number of overs a bowler can deliver in an innings and fielding restrictions have long been a part of the one-day game, the really rapid increase in run-scoring has taken place during the last few years —  England’s total at Trent Bridge was the eighth score of 400 or more since the start of 2015. Before that there had been just 11.

The advent of Twenty20, a new format which puts an emphasis on attacking batting, better bats, shorter boundaries and a greater range of shots such as “the scoop” and “the ramp”, have all played their part in the increasing number of run-fests.

Similarly, rigid restrictions on field placings, limiting fielders on the boundary and the legside, have also worked against bowlers.

And one of the greatest changes has been the change to using two white balls, one from each end, during an innings.

With all ODIs now played in coloured clothing, white balls have become a standard part of the limited overs game.

But they tend to swing less than traditional red cricket balls, making it easier for top-class batsmen to hit through the line.

It was thought having two white balls per innings would aid quicker bowlers as this would ensure bounce from both ends for longer in the innings.

Instead the effect has been to reduce the wear and tear which makes balls conducive to reverse swing, which has proven to be some of the most difficult for bowling for batsmen to face.

James Anderson, England’s all-time leading Test wicket-taker, who no longer plays limited overs cricket, said while commentating for BBC Radio on Tuesday: “I want to see a close game, a battle between bat and ball.

“I love seeing batsmen in full flow, but I also like to see the off stump cartwheeling out of the ground. If the bowler bowled straight today he was going to get hit for six.”

Meanwhile Michael Atherton, while admiring the “awesome combination of ease and brutality” displayed by England’s batsmen in Nottingham,issued a plea on behalf of swing bowlers whom he felt had become “emasculated” in one-day cricket.

Writing in Thursday’s edition of The Times, the former England captain and opening batsman insisted: “The game needs to find a suitable white ball that swings at the start and must abandon the use of two balls per innings, to allow for the return of reverse swing -— two fundamental skills of the game that provide as much entertainment as any number of sixes belted into the Nottingham night sky.”

Dear Patron don’t get moved, Sethi has no role in massive win against India