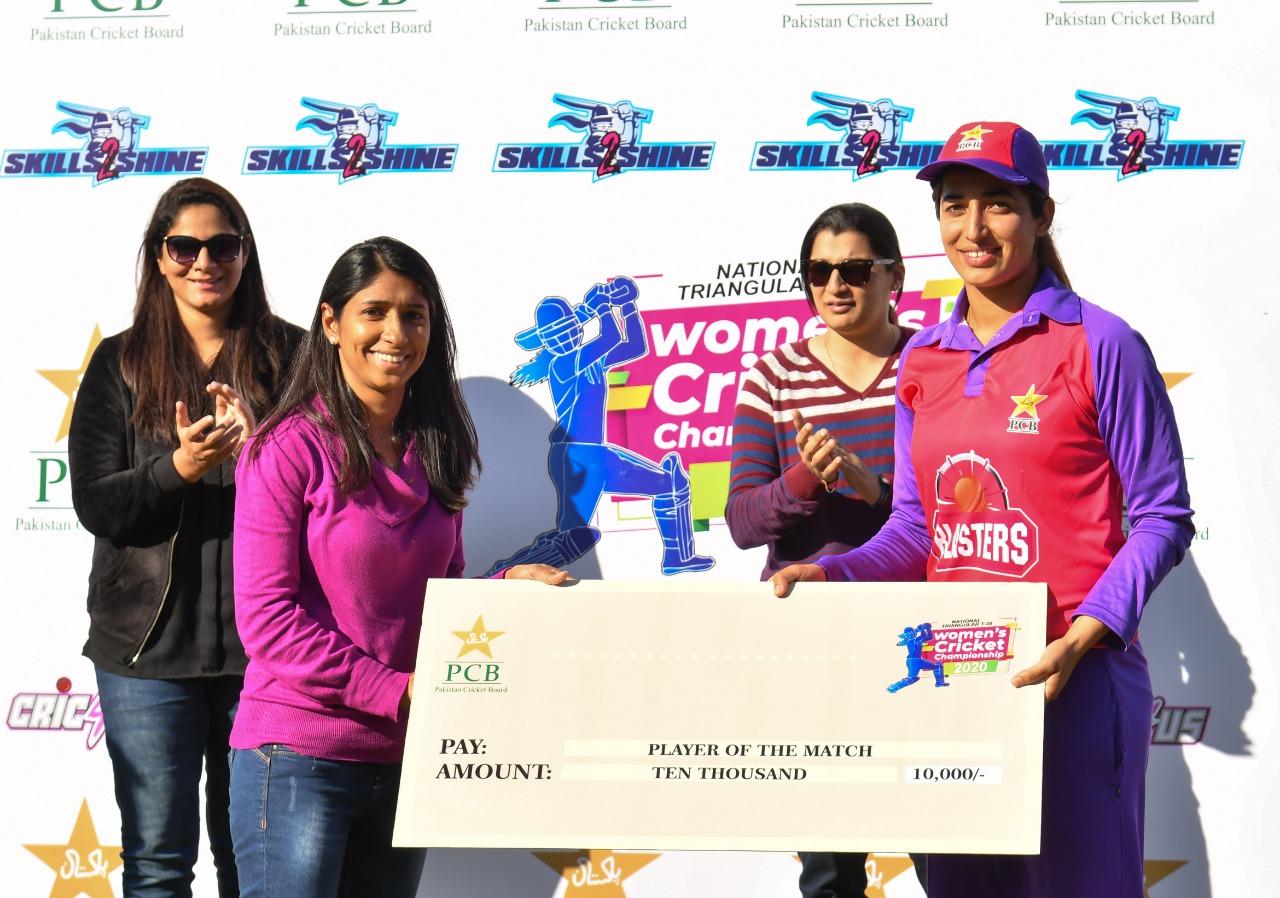 Rameen Shamim-led Blasters scored 144 for five in 20 over after Nahida Khan, the Dynamites’ captain, opted to bowl after winning the toss.

With a 32-ball 42, which included eight fours, Javeria Khan top scored, while the second best score in the innings was registered by Aliya, who scored 27 runs from 28 balls on the back of two fours and a six.

Blasters were provided a solid start by the opening pair of Javeria and Ayesha Naseem (22 off 20) as they put a 70-run stand.

Dynamites’ Nashra Sandhu and Kainat Imtiaz picked up a wicket each for 40 and 17 runs, respectively.

In their reply, Dynamites managed 119 for seven.

Captain Nahida and Irum Javed scored 35 runs each. The former hit four fours in her 41-ball innings, while the latter hit three fours and two sixes in 28 balls.

For her all-round performance, Aliya was declared player of the match.

On Friday, PCB Blasters will play PCB Challengers at the National Stadium. The match will begin at 12pm.