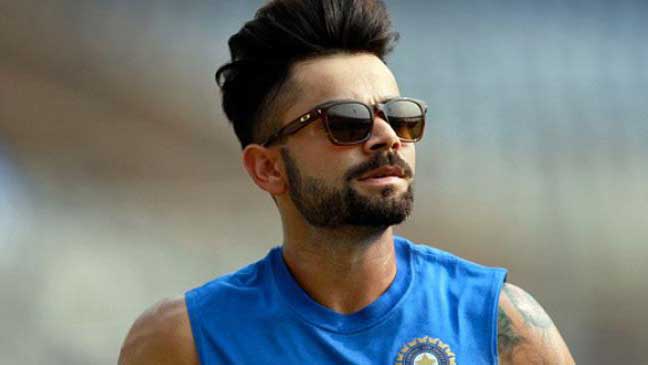 Ailing Kohli to miss English county games, races to be ready for tour

New Delhi: India captain Virat Kohli on Thursday pulled out of a month long stint with English county Surrey because of a neck injury and is now in a race to be ready for his country’s tour of England.

The key 29-year-old batsman will undergo rehabilitation that will decide when he joins India’s games in England starting in July, the Board of Control for Cricket in India said in a statement.

Kohli, who has one of the most intensive playing schedules in cricket and is one of the world’s top paid athletes, was to play for Surrey in the English county championship in June to prepare for the tour.

Kohli suffered the injury while fielding for his Indian Premier League side Royal Challengers Bangalore in their match against Sunrisers Hyderabad on May 17, BCCI acting secretary Amitabh Choudhary said.

“Mr Kohli, who was scheduled to play for Surrey CCC in the month of June, has been ruled out from participating.

“This decision was taken following assessments by the BCCI medical team, subsequent scans, and a specialist visit.

“The Team India captain will now undergo a period of rehabilitation under the supervision of the BCCI medical team.”

The board said that after restarting training Kohli will “undergo a fitness test” in Bangalore from June 15.

“The BCCI medical team is confident that Mr Kohli will regain full fitness ahead of India’s upcoming tours to Ireland and England.”

Indian media reports said Kohli went to a Mumbai hospital on Wednesday. The Mumbai Mirror said Kohli saw an orthopaedic surgeon who told him there was damage to spinal nerves and that he may miss part of the England tour if the injury worsened.

Kohli missed a one-day international during a recent tour of South Africa because of a strained neck.

BCCI officials, speaking on condition of anonymity, said Kohli was also suffering from “fatigue” however.

On top of his workload, Kohli in January married Bollywood actress Anushka Sharma in a celebrity wedding that put him at the centre of attention in India.

In the past year, Kohli has appeared in nine Tests and 29 of India’s 32 one-day internationals, and nine of their T20s. He also played in 14 IPL matches in Bangalore’s disappointing campaign.

Kohli did not make any comment about the injury, but the withdrawal announcement came on the day he apologised to fans for Bangalore’s failure to reach the Indian Premier League playoffs.

The team finished third from bottom in the eight team league round after losing eight of their 14 matches. The batting was heavily reliant on Kohli and South African great A.B. de Villiers, who on Wednesday announced his retirement from international cricket.

“We could not pull our way and we are not very proud of how the season went for us,” Kohli said in a video on his social media.

The captain, who criticised his bowlers and fielders several times during the season, added that he was “deeply hurt by how we played… deeply sorry for not living up to the expectations of the fans.”

“Having said that, it is all a part of life and you cannot always get what you want. It’s up to the players to understand what to do about this the next season, really want to turn things around next season,” he declared.