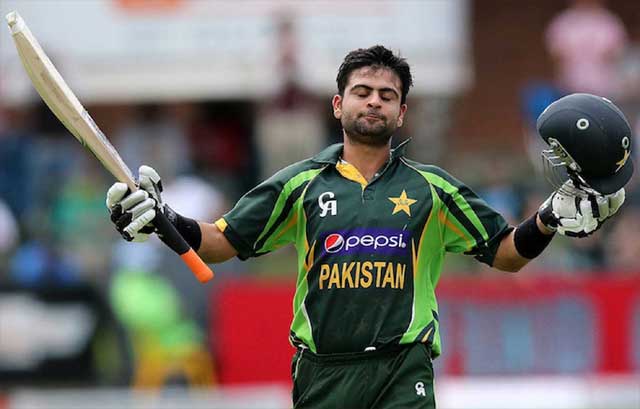 Lahore: Maverick Pakistan opener Ahmed Shehzad failed a drug test conducted during a domestic tournament in April, the country’s cricket authorities confirmed Tuesday, and could face a ban of up to four years.

The offence is the latest in a long litany of Pakistani players charged with doping, and is a severe blow to the 26-year-old’s stuttering career.

The Pakistan Cricket Board will issue a formal charge sheet “later today” it said in a release, confirming reports in recent days that Shehzad had tested positive for a banned substance.

Shehzad lost his Test place following Pakistan’s tour to the West Indies in mid-2017 and has not played a one day international since last October.

He was part of Pakistan’s Twenty20 squad for the team’s two international matches last month, managing scores of 14 and 24, but missed out on playing for the tri-series Twenty20 in Zimbabwe which ended Sunday.

Pakistan’s cricketers have a history of failing tests for performance enhancing drugs.

Pace bowlers Shoaib Akhtar and Mohammad Asif were both caught using banned substances in 2006 but later reprieved after a tribunal set aside their drug tests.

Later rule changes led to a two-year ban for left-arm spinner Raza Hasan, who failed a doping test in 2015.

Stokes can ‘go through roof’ after downing Australia – Morgan