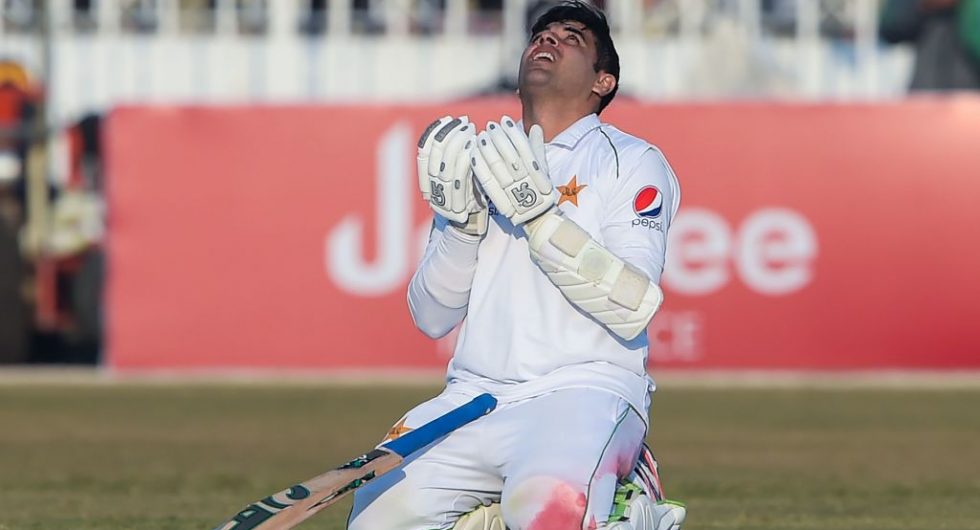 Rawalpindi: Abid Ali was once shunned by Pakistan selectors who thought he was overweight, but his persistence and patience paid off as he set a world first in the homecoming Test against Sri Lanka.

Ten years after a militant attack on Sri Lanka’s team made Pakistan a no-go zone for foreign sides, Abid was the hero in an otherwise disappointing return for Test cricket to the cricket-mad nation.

A weather-hit draw failed to set pulses racing but Abid completed the unique feat of scoring hundreds in both his ODI and Test debuts, hitting 109 not out in Rawalpindi following his 112 against Australia in his first one-day international in March.

International success has come late for Abid, 32, who has persevered despite constant snubs by selectors and coaches alike.

At one point Abid, who like legendary fast bowler Wasim Akram comes from Lahore’s Mozang area, was even discarded by city selectors.

But despite his prolific batting, national selectors continually overlooked Abid, saying he was carrying too much weight and lacking in fitness.

The most recent snub came at this year’s one-day World Cup, where Abid was left out of Pakistan’s squad after being dismissed for just five against England.

It meant that Abid missed a rare chance to meet his idol, Indian batting great Sachin Tendulkar, to whom he is sometimes compared because of his skill and diminutive stature.

“I had never grumbled on being ignored,” said Abid.

“I could not meet Tendulkar because I did not play the World Cup,” he added. “I had patience and I had a belief that my time will come and then I will prove what I am capable off.”

Abid smashed 249 not out for Sindh in the revamped Quaid-e-Azam trophy in September, earning a place on Pakistan’s Test tour of Australia.

But he missed out on a place in the team for both Tests, which Pakistan lost heavily.

Finally, he was handed a green cap last week in Rawalpindi, the first Test in Pakistan since the 2009 militant attack that left eight people dead and several players and officials wounded.

Unfortunately, the game was badly affected by weather, with only 91.3 overs possible on the first three days and the fourth washed out completely.

But Abid got enough time on the fifth day to make it a memorable moment in his career, in front of a roaring home crowd.

“I knew some day I will get a chance and I was always ready for it. Thankfully I got it and a hundred on debut game is what else you ask for,” he said.

“I waited for long for this very day to come and here I am.”

Abid is a similar height to Tendulkar and his batting is not unlike that of the Indian maestro, but despite his recent success he shies away from any comparisons.

“I am an ordinary player and I can’t match those great players,” Abid said. “I am Abid Ali and please see me as Abid Ali only.

“I am a down-to-earth person, so I would like to keep on performing and serve Pakistan with distinction.”

He added: “I need to raise my game and with every chance I have to perform well. I have self-belief, I waited for my time and finally I got it.”