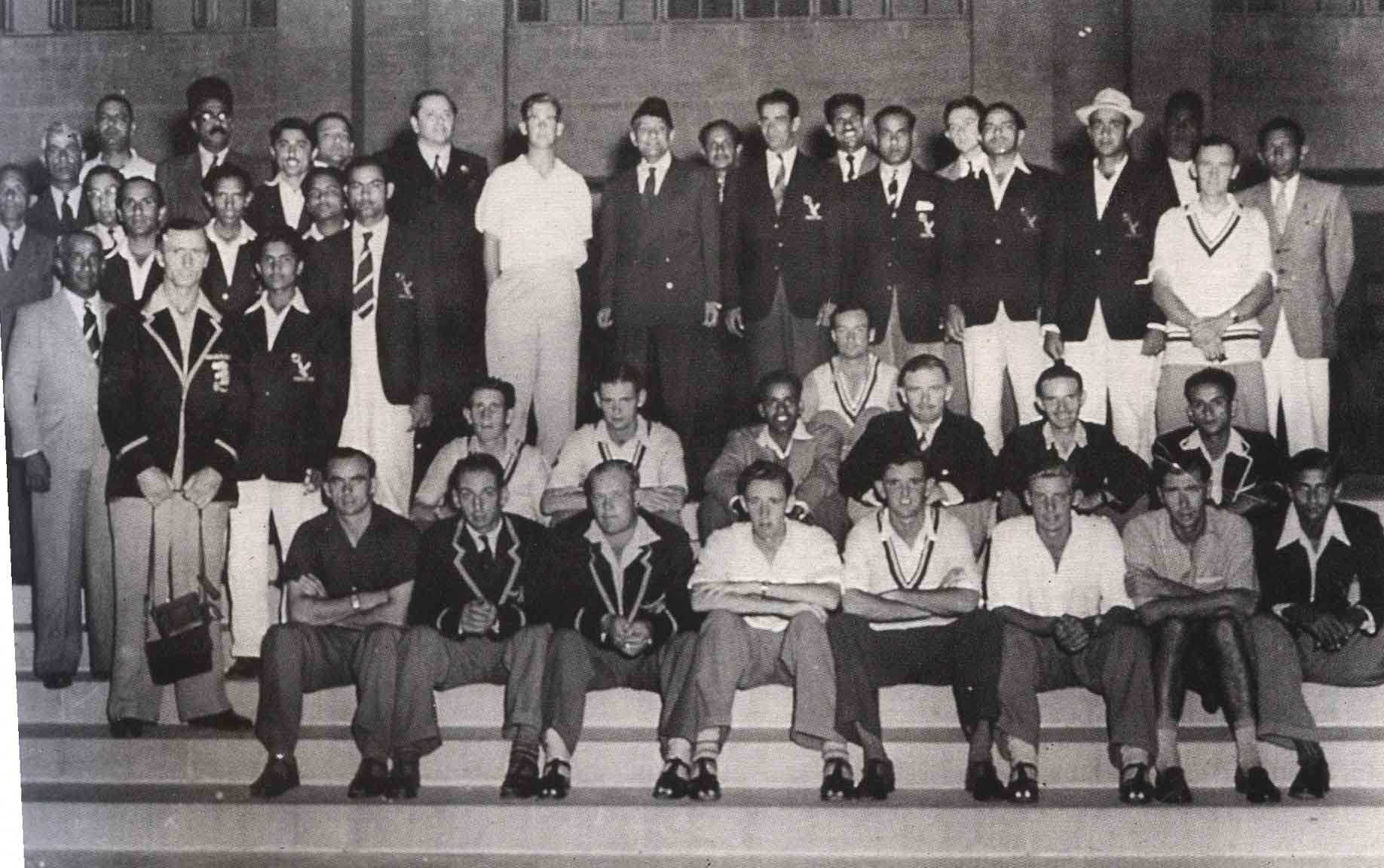 Cricket in Pakistan, like in any other cricket-playing country, can trace its roots back to the colonial era. It was just the British initially, who played the game during the time when they were the self-imposed rulers of the subcontinent. It was only later that the locals developed interest in cricket. So when Pakistan came into being, it was all but natural that cricket was the game with the highest number followers and played by most number of people. A few of the Muslim Test cricketers namely Abdul Hafeez Kardar, Gul Mohammad, and Amir Elahi, who played for India decided to stay in Pakistan at the time of independence. There was also no shortage of quality first-class cricketers in the newly created country. It was thus only a matter of time before Pakistan became part of the elite comity of nations, who were privileged to play Test cricket.

During the early days, international teams who came to India made it a point to hop across the border when they were halfway through their tour. The first team to pay a visit to this new-born country was John Goddard’s West Indians. Afterwards teams from Commonwealth and Sri Lanka (then Ceylon) came to visit Pakistan to play representative visits.

However, the historic visit, from Pakistan’s perspective was the one made by the England (then MCC) team led by Nigel Howard in the November of 1951. Prior to their arrival, a change at the top had also been effected. Mian Mohammad Saeed was replaced by the charismatic but arrogant A.H. Kardar.

The first ‘Unofficial Test’ at Bagh-e-Jinnah, Lahore ended in a draw but the match that turned the fortunes of Pakistan cricket, was the second ‘Unofficial Test’ played at Karachi Gymkhana Ground. Pakistan was in the driving seat right from the first morning, when Fazal Mahmood (6-40) broke the back of the strong England batting line-up to restrict them to a meagre 123. Pakistan did not fare much better when their turn came to take the crease. Controlled swing bowling from Brian Statham (4-32) and Derek Shackleton (4-50) did not allow Pakistan’s innings to progress beyond 130. Thanks to a fighting hundred from Tom Graveney (123), England in their second innings reached a reasonable 291 and when the visitors had Pakistan reeling at 178-5, they would have smelled victory. In the end it was not to be as Anwar Hussain and Kardar batted responsibly to ensure a historic victory with just more than half an hour to go before the scheduled close.

It was this tremendous triumph against the pioneers of the sport, which strengthened Pakistan’s case for full membership of International Cricket Council (then Imperial Cricket Council). The big moment arrived on July 28, 1952, when Pakistan got the deserving honour, setting up wild celebrations at home. The request was moved by India and seconded by England.

October 16, 1952, is singularly memorable date. On that day, India – in her 30th Test-confronted for the first time a new Test playing country, Pakistan, which had gained swift Test recognition within a span of five years after it was born. Vinoo Mankad was the prime cause of their ordeal, both in the inaugural Test at Delhi’s Feroze Shaha Kotla and in the series-winning Third Test at Bobmbay’s Brabourne Stadium. 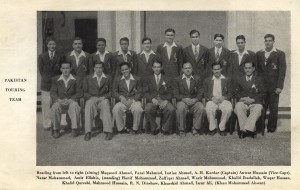 Pakistan was led by Lahore-born 27-year old Abdul Hafeez Kardar who had played three Tests for undivided pre-partition India in 1946. India was led by one who was also born in Lahore – the 41 year old veteran Lala Amarnath, played his last series for India. The “architect of the victory” was the 35-year old Vinoo Mankad, was appropriately enough – in his 21st Test – faced the first ball in Pakistan inaugural Test at Delhi and took the last Pakistani wicket in the match to give India a resounding win by an innings and 70 runs.

The home team wound up the first day of Test cricket between India and Pakistan with a score of 210 for 7, which represented a fairly credible recovery after the first five wickets had gone for a mere 110. For this, they were thankful to Vijay Hazare (76) – who enjoyed a ‘life’ at 17 when dropped in the slips – and Gul Mohamed (24) adding a useful 70.

When India’s ninth wicket fell at a modest 263 the next day, it appeared that Pakistan’s fledging bowlers had done pretty well, chiefly the pace man Khan Mohammad (who clean bowled Vinoo Mankad for 11), the medium pacer Fazal Mahmood who had been picked for India’s 1947-48  tour of Australia but stayed back in Lahore as a result of the terrible holocaust following Partition, and 44-year old leg spinner maestro Amir Elahi who represented India at Sydney in December 1947 before emigrating to Pakistan.

The picture radically changed in India’s favour with a tremendous 109-run stand for the last wicket in only 80 minutes between Hemu Adhikari (81 not out) and Ghulam Ahmed who slammed 2 sixes off successive balls from Amir Elahi in addition to 5 lusty fours in his 50. 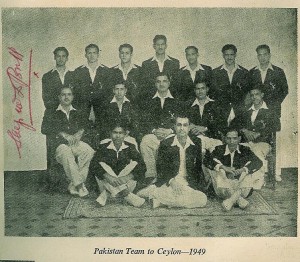 In reply to India’s formidable 372, the Pakistan openers began bravely, putting on 64. The 17-year Hanif Mohammad particularly caught the eye. However was quite evidently, a great batsman in the making, stylish, quick-footed, supremely skillful – so very apparent from the fact that he recorded the only fifty for Pakistan in either innings of the match.  At the close on second day, Pakistan score read 90 for three.

The third and what suddenly proved to be to be the final day of the Test belonged almost entirely to Mankad. He demolished Pakistan almost single handed. Out of the last seven wickets which crashed for the addition of 60 runs. Vinoo grabbed six to bring the Pakistan innings tumbling down to 150 all out from the overnight 90 for 3.

It was, obviously, a case of an inexperienced team floundering against top-calibre left-arm spin, reputedly the most lethal in international cricket in that day and age. Only the imperturbable Hanif, seventh out at 112, showed class and character. He played with masterly cool, with a near-flaw-less technique, and it needed a positively incredible catch by Ramchand to remove him at last. Vinoo Mankad’s final figures of 8 for 52 – in 47 overs with 27 maidens represent the a truly marathon effort of awesome dimensions, almost equaling the number of overs collectively bowled by the five others bowlers.

With Pakistan still trailing by 222 runs, India enforced the follow-on. This was the first time in Test annals. Once again, the hapless Pakistanis struggled in vain. Mankad brought his wickets with generous and subtle variations of spin. He remained undismayed even when Imtiaz Ahmed (41) and Skipper Kardar (43*) attacked him with bold strokes and aggressive intent. All that mattered was that he got result: 5 for 79 off 24.2 overs. His match aggregate 13 for 131.

Before commencement of the match, Pakistan team was introduced to Indian President, Dr. Rajinder Prashad with Prime Minister Jawaharlal Nehru also present to grace the occasion. 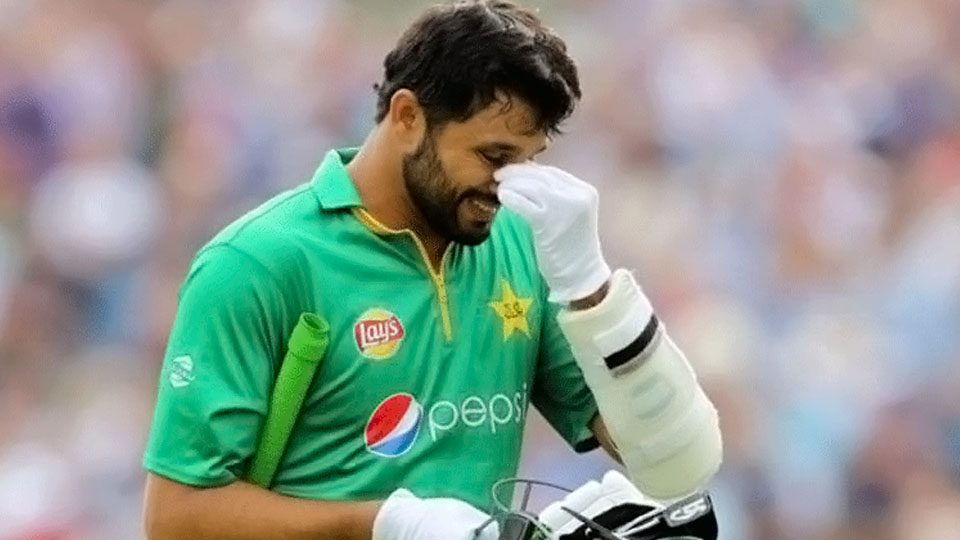 Azhar steps down as ODI captain 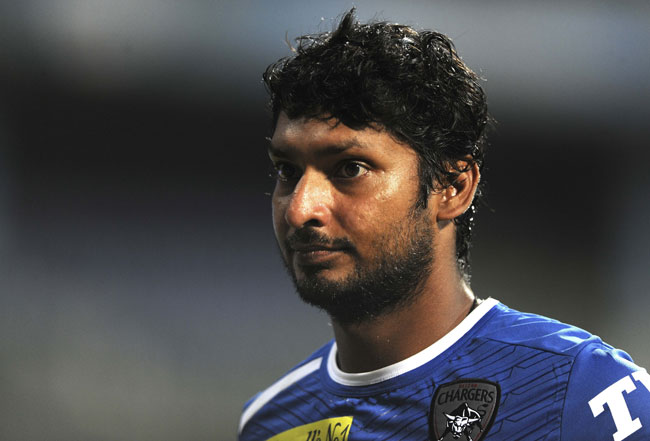 Sangakkara to get significant role in Karachi Kings 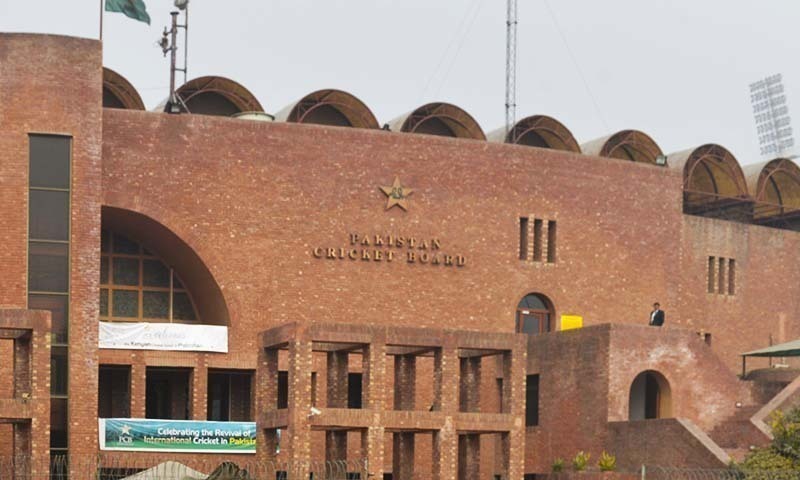 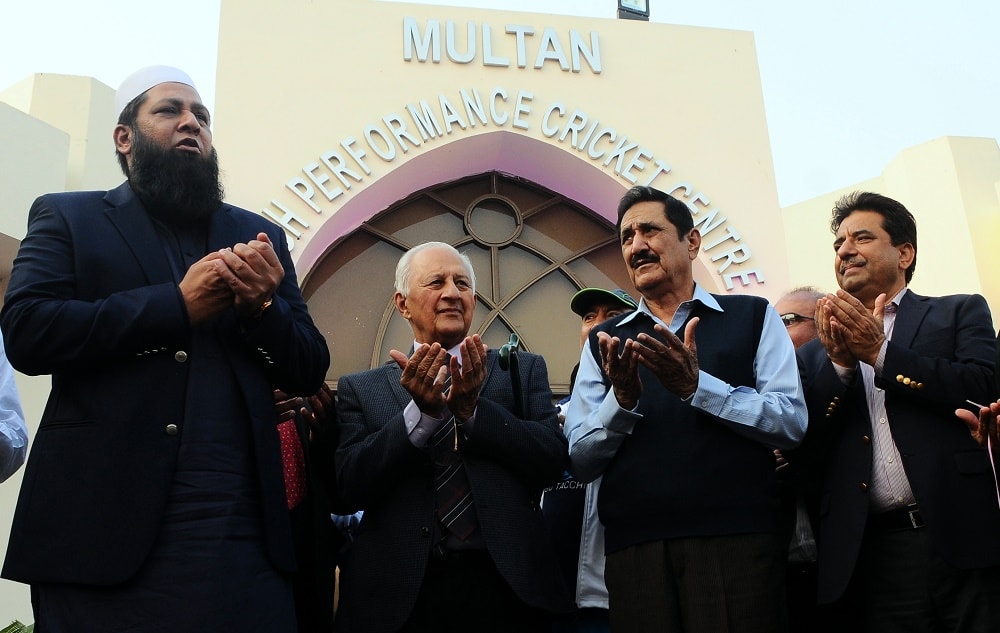